Cheezburger had a good one for us: On April 1st, You Should Hope These April Fools Day Pranks Don’t Happen to You

And This is What You Do With the Toothpaste

This Irish Spring Deodorant Smells a Lot Like Philadelphia 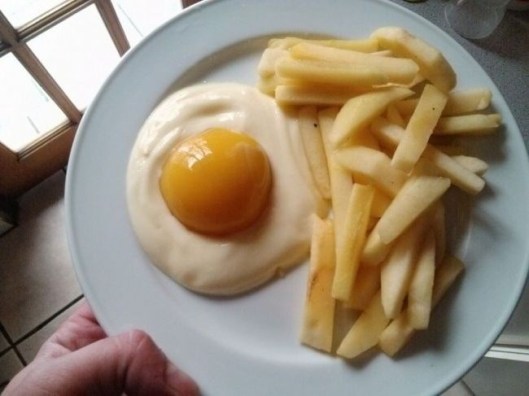 Maybe because the egg is made of yogurt and half a peach?

Who Knew Mayonnaise Had So Many Uses? 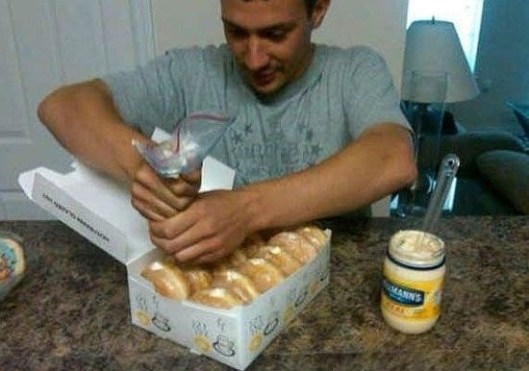 Hopefully They have Good Enough Hygiene to Notice This One

Made You Some Fresh Brown Es

So readers, have any good April’s Fools jokes?

Apparently, in the UK, when you’re drunk and bored, you steal giant dinosaur models and block roads with them. A fellow by the name of Chris Hollingshead posted the above picture to Facebook with the caption “That priceless moment when you’re driving home from work at 3am and the road is blocked by a 20ft Triceratops!!! ‪#‎godblessbeer‬ ‪#‎someoneneedsamedal‬”

A medal indeed. This triceratops is 7.6 meters or 25 feet long and heavy. The prank was pulled in the village of Godshill on the Isle of Wight in the U.K.

The dinosaur model comes from Island Gems, a fossil shop, where it is affectionately known as Godshilla.

Martin Simpson, the owner of Island Gems, told the BBC: “It takes about five blokes to move the dinosaur a couple of inches, so it was definitely a concerted effort and drink was probably involved.”

Mr. Simpson noted that Godshilla will now be tied down to prevent any future escapes.

So tell me, readers, how drunk would you have to be to steal a giant dinosaur and dump it in the middle of a street in the wee hours of the morning? Oh, and to convince enough of your buddies to help…