2016 was a tumultuous year. I’ve seen many people call it a bad year, but I can’t do that – I got married and got to go to Japan, after all! Rather, for me, it was a year of high highs and low lows. Illness and other life factors have kept me from my blog for the last two months, and to be honest, I’m not sure what it’s fate will be. I do want to connect with my readers as I continue to publish books, but I’m no longer certain this is the best medium for that.

Regardless, I’m hoping that for everyone, 2017 is a more peaceful and prosperous year. Lots of people make crazy resolutions, and I’m hoping that everyone manages to attain a little bit of the spirit of those resolutions, even if they don’t keep it to the letter. I know I need to pick up the pace of my writing and get those books written! I have one in the wings, but I’m going to be trying some new publishing strategies – please bear with me, dear readers!

Exciting news! Here’s the cover for my next book, Claws of the Curse! 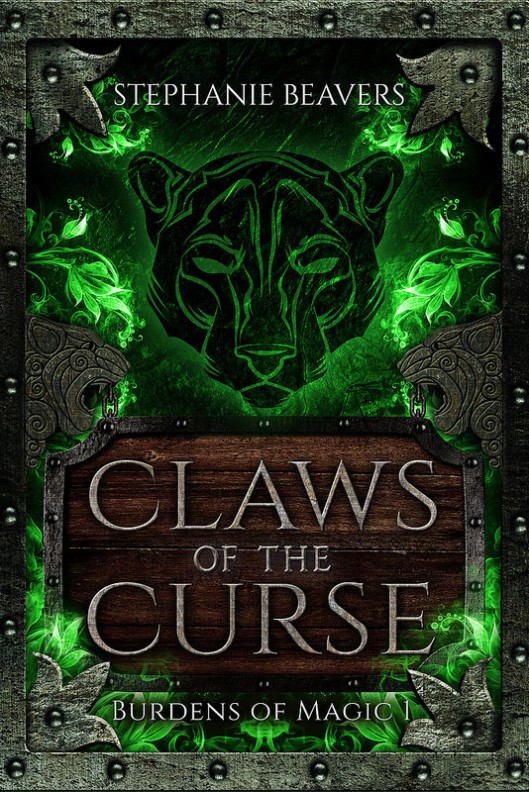 Big thank you to the folks at Deranged Doctor Design – you did a fantastic job.

Unfortunately, I don’t have an ETA for the book yet; my life has undergone some pretty big changes in the last year, and there’s a lot of work left to be done. But nothing helps me write a novel more than being inspired by an amazing cover!

If you’re wondering, this next book will be another fantasy novel, but featuring new characters. No more Toman and Esset… For now, at least. I’m not ruling out more Fire and Stone stories in the future, but there are no immediate plans.

If you are curious about the new novel, here’s the description of it that I’m working on:

Vhi never wanted to hurt anyone. Unfortunately, wild magic runs rampant through her body, and she can’t stop it from lashing out and hurting others. She’s sure she’s cursed. For this, her brother hunts her and civilization casts her out.

Rajin is a magical big cat with golden fur and a misanthropic personality. He would rather that humans didn’t exist, although human extinction would sit amicably with him too. Unfortunately, humans are better at hunting him than he, them.

When Vhi and Rajin’s paths collide, the cat is intrigued by Vhi’s pure heart. Unfortunately, the cure to her curse may lie with his hunters. Can Vhi and Rajin escape their respective hunters long enough to lift her curse?

I’d love to hear your thoughts!

And the Lord spake, saying, “First shalt thou take out the Holy Pin. Then shalt thou count to three, no more, no less. Three shall be the number thou shalt count, and the number of the counting shall be three. Four shalt thou not count, neither count thou two, excepting that thou then proceed to three. Five is right out. Once the number three, being the third number, be reached, then lobbest thou thy Holy Hand Grenade of Antioch towards thy foe, who, being naughty in My sight, shall snuff it.

They pulled the artifact out of the sea, and it’s hundreds of years old.

As it turns out, hand grenades were actually somewhat common in Israel from the 11th to 13th century. Many experts believe these grenades carried a burning, flammable liquid…although other experts disagree, saying these “grenades” were actually perfume bottles. It’s less exciting than a hand grenade, but hey, I’m sure it made the ladies of the time a lot happier.

What do you think, readers? Hand grenade or perfume bottle?

In other historical news: Ultraviolet light reveals how ancient Greek statues really looked
I’ve always been a fan of Greco-Roman artwork. The pale statues and lifelike features have always spoken to me. There’s something magical about them.

Science has gone and ruined it for me. How? It’s gone and revealed that all of this incredible artwork was actually painted in an incredibly tacky fashion. 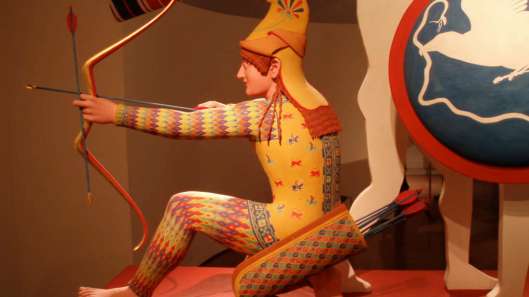 (IFLS has a video and a brief explanation on how they discovered this clown-town paint job.)

Really though. I know the Roman satirist Juvenal mocked the Roman populace for being sated by “bread and circuses,” but I didn’t think even their gods would look like they belonged in circuses.

What do you think, readers? Am I an uncouth troglodyte for bearing such a mocking opinion of this disfigurement of art, or do you find them reminiscent of so many childish coloring books now too? 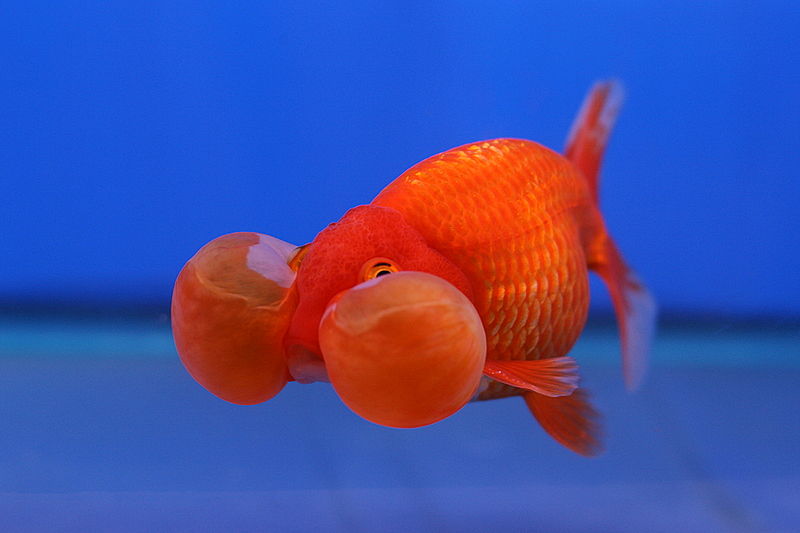 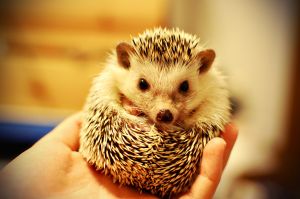 This is my cat. 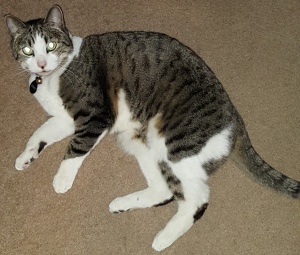 She’s…a little strange. I mean, most animals, like people, have their quirks. My cat has a foot fetish. 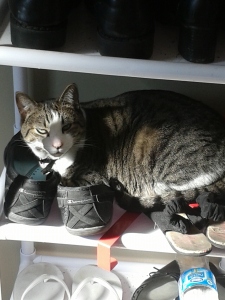 In fact, she rushes to do this pretty much the moment someone walks in the door. She will sniff feet before the shoes are off, then stuff her head into the first foot-related opening. And after she’s fully examined the shoes, she’s after everyone’s feet. Sniff, sniff, gotta know where ya’ll have been!

Especially men’s feet. I have no idea why. Needless to say, she can be a bit of a conversation-starter. And a source of endless familial heckling.

On the other hand, I suppose it’s not so bad. She could be like this cat, and have a socks and underwear fetish:

To quote kitty’s owners: “Now it’s getting silly. This is Brigit’s haul from the last two months.”

Cheezburger reports:
“Brigit, a cat in New Zealand, sneaks out every night and brings back socks and underwear that she’s stolen from the neighborhood. Her humans have tried to find the owners of the stolen goods, but can’t seem to figure out where Brigit is stealing from. Or why she seems to really love a particular brand of men’s underwear.”

So really, I don’t have it so bad.

What about you, dear readers? Do your pets have any bizarre quirks? Please share!

What do you get when you create bug-inspired microrobots? Six tiny “MicroTugs” that can move car all by themselves. Check it out:

Now, I’m not much of a bug person, but that’s impressive. Each MicroTug weighs only 100 grams. The car weighs 1800kg. These little machines can move 100x body weight up a wall, or 2000x body weight along the ground. Wow.

Want more? I found their website: Biomimetics and Dexterous Manipulation Lab!
They have this little guy too: 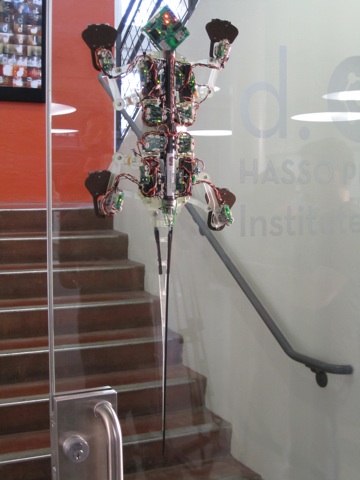 For all the “I don’t want to live on this planet anymore” moments, there are cool things like this to give us a little hope. …Or at least keep us entertained.