So, time for a non news/science/etc related post! As always, life gets crazy, and mine is no exception. But I’ve got good news!

The edits for my novel have been going VERY well! Huge improvements have been made to the story (in my opinion) and while I loved it before, I love it even more now. Soon I’ll be commissioning a book cover (and of course I’ll post a preview here once I get it!) just as soon as I get the back description polished (which is also coming along).

In other news, I may have discovered why my throat has been so wrecked! It’s been bothering me for a long time, but I hadn’t been having much success figuring it out with my GP. I used to sing all the time (and I was good!) but it has gotten so bad I can barely sing one song without my throat acting up and forcing me to stop (usually with coughing/choking). But I finally got in with a specialist, and we have a working theory! It was a little absurd (almost to the point of humor) when the doctor handed me a pamphlet with my EXACT symptoms outlined in it when my regular doctor and I had been trying so many other things so unsuccessfully for so long. But hope has returned, and I shall sing again!

In other news, last Saturday marked my one year anniversary on WordPress! That doesn’t mark when I started blogging regularly, but still, it’s quite the landmark for me. Blogging doesn’t come naturally to me, and I’m proud that I’ve at least been able to stick with it.

Despite the end of summer too swiftly approaching, there are some things I’m looking forward to… like Doctor Who! Maybe it’s silly to get worked up about a show like that, but I’m really looking forward to the new Doctor and a new season.

To amuse you, here’s Patrick Stewart with a cotton candy mustache: 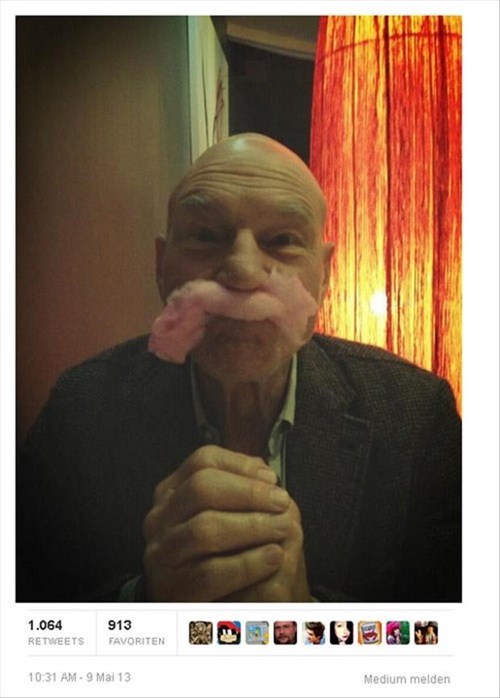 So I’ve been plugging away at editing my first novel, Calling On Fire, and let me tell you: nothing can prepare you for editing: not even having gone through edits on my short story.
I did expect edits to be harder on my novel. It’s longer, for one, and it’s much nearer and dearer to my heart than the short. I poured not just time into it, but pieces of my heart and soul. And I knew – or at least, suspected – that there were some things wrong with it, and I even had an idea what those things were (although I didn’t know how to fix them.) But I still didn’t expect it to be THAT different: more the fool, I. 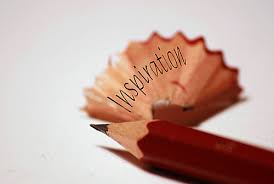 As such, editing is taking longer than expected. The demands of my day-life aren’t helping, but that’s no excuse. The book is still DEFINITELY going to be out this year, just not as early as I’d hoped. But as soon as I send the next round of edits to the editor, I’ll be getting the cover design underway and this thing’ll be rocking.

In short, there are two major parts of the book that need significant rewriting, with moderate and minor edits sprinkled through the rest. I’m confident the book will be even better once they’re done – it’ll be tighter, cleaner, and more polished.

So that’s the update on where the book’s at.

WOW, has life ever been crazy! It feels great to be busy, but after my little stretch of tedious unemployment, it’s a little tiring. My first week at my new job went great though, and although I know I still have a huge learning curve ahead of me, I’m really looking forward to it. I’m an administrative assistant in an accounting office, so I’ve finally broken out of the retail industry and into something I actually want to do!

In other news, my first novel is off to the editor! I’m very excited, although I know what with scheduling times and holidays and everything, it will be a while before I get it back even from the first pass. Still, progress is being made! Plus, once the first edits are done I’ll be able to get my blurb all refined and everything so I can get into cover creation too. I think I’ve found a good company to do my cover, but I’m still doing research, so we’ll see! I’m hoping to release Book 1 in early 2014, but that’s a tentative estimate only. With my new job, I won’t have the same amount of dedicated time to throw at this project, although obviously I’m still quite driven to get it done!

Just a reminder, in case anyone missed it, my short story is now up, posted for free for all to read! No strings attached! You can also find it (also free) at Smashwords if you prefer downloading it onto your e-reader.

So this weekend, I attended WANACon! WANA stands for We Are Not Alone, and it’s a community of writers online. WANACon is an online conference (the second so far) that I attended last year, and then again this year. Want to know how awesome it was? Here’s a sample from the little social (PajamaCon) session that kicked it off. According to Gry (another attendee), this is Danish humor:

The next day there were TONS of talks – not as much infodumping as I recall from the first one (which I actually rather liked) but tons of interesting and engaging speakers. Kristen Lamb was one of my favorites – I hugely respect her for her work with writers and her writing itself, and she’s an all-around fun person. She summed up Lord of the Rings as a story where an evil ring needs to be thrown into an evil volcano before darkness covers the world. …It’s strangely accurate, however humorous. If you’re a writer, her blog is a must read. She also has a book out that’s extremely helpful, I recommend it.

The second conference day was awesome too. The idea of writing a unicorn horror story even came up at one point (I’d read it). One presenter talked about websites. It inspired me to tweak mine, but it also admittedly made me feel a little insecure about it and wish I had money to throw at a website designer. Alas, more money is going out than coming in at the moment. *sigh* One day… Anyways, I got a couple of those infodump sessions I was looking for this day too. Hurray!

In other news, I found an editor! I sent her my short story, so hopefully everything goes well! I’m very excited… and nervous. Regardless, this means the short story should be up soon! I will, of course, make an announcement and link to it the moment it’s up. :D

And finally, my scalemail costume has been coming along nicely. I work on this project on and off (more off than on, most times). Here are the update pics: